Previously – The Empty Tomb: “Why Can’t There Be a Symbol of the Living Christ?”

I had created what I thought was a simple, elegant symbol to represent the Empty Tomb of the living and resurrected Christ. Two circles, side-by-side, one of them open and one closed. The closed circle is the stone that was rolled away on the third day after Christ’s crucifixion. The open circle is the empty tomb where His body could not be found because He lived again.

But maybe it was too simple.

I showed the symbol to my wife, Erin. I told her what it meant. She looked at it, considered it, and said “Huh.”

She didn’t know what to make of it. It seemed unique, but also familiar. I’m certainly not the first person to put two circles together. But, in my gut, I kind of felt like I onto something.

And then I sat on the design for three years.

In late August of last year I lost the job I’d held for 12 years. 24 hours earlier, Erin had lost hers. It was a devastating blow not only to our personal sense of identity (we’re productive members of society, dang it), but also to our financial, emotional, and spiritual stability. We got low. And then we tried to pick ourselves back up again. That set us on a long, unexpected road.

In April of this year Erin and I went to Italy. We’d purchased the tickets a couple of weeks before we lost our jobs and decided to go mostly because it was already paid for, but also because a trip to Italy would never again be so cheap as we’d be staying with friends the entire time.

On Easter Sunday, April 5th, 2015, I was in the Italian apartment of our friends Pete and Lisa, sitting and listening to lessons on Christ and his sacrifice, when the symbol of the Empty Tomb popped into my head once again. This time, I couldn’t shake it. I felt inspired to get it down on paper and just put it out there and see if anybody else thought there was something special about it.

Having no paper, I used my iPad instead: 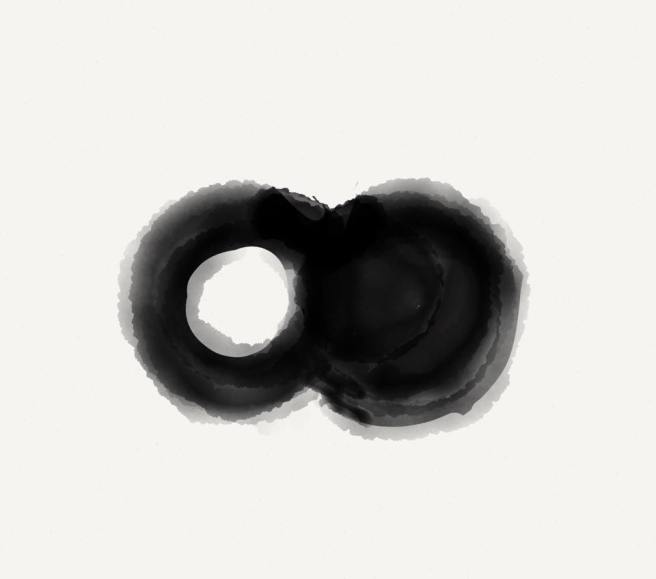 I posted the drawing on Facebook and Instagram for everyone to see and judge. The response was immediate and overwhelming. There was something about the symbol that spoke to people on a deeper level than I even anticipated. They got the depth of what the symbol says immediately, almost without explanation. It seemed to do for them what it did for me: express an aspect of their faith in Christ and that no other symbol quite could.

People even started seeing meanings in the symbol I didn’t even realize were there.

They saw the tomb and were pleased by the design, but those who looked closer saw an implied infinity symbol. Several people even assumed it was an intentional part of the design. “Infinity” is a wholly appropriate idea to get from the Empty Tomb symbol. The tomb was empty because Christ became the “firstfruits of them that slept.” (1 Corinthians 15:20) He became a resurrected being. Resurrection is everlasting. Eternal.

I think all truly great art tends to do this. Great art gathers meaning unto itself the author or artist may not have been aware of nor intended. That “gathering of meaning” serves as, if nothing else, an affirmation of the original inspiration behind the creation of the art.

I didn’t even have to say it. Within just a few short minutes someone popped up and said they’d like to see the symbol on a pendant or a ring. They could see it on jewelry. Thankfully, I’d brought my laptop with me to Italy. Inspired, I opened Adobe Illustrator and made this that same afternoon: 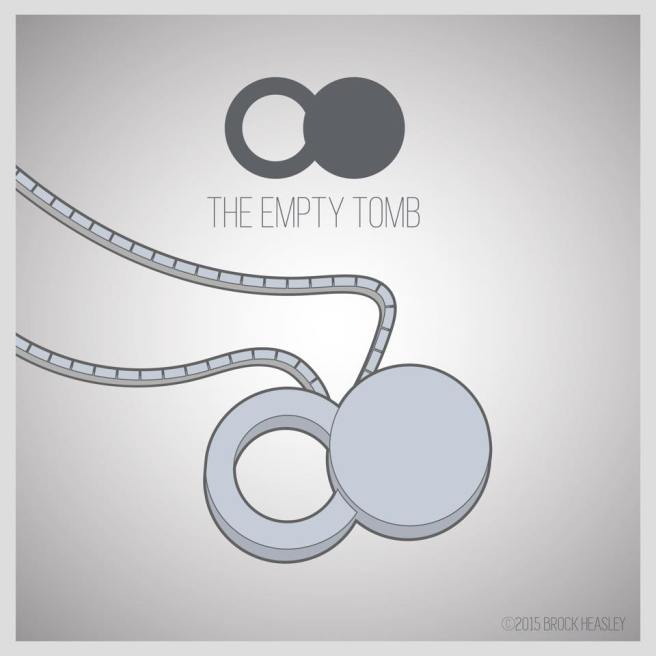 While the eventual first pendant we’d create with the design would look a bit different from this, the idea of what this symbol could be–and even its logo–was born.

Once again, Facebook and Instagram went nuts. Several people wanted to place their orders right away. Some of my Protestant and Catholic friends messaged me privately to ask if the symbol could only be worn by Mormons. A Buddhist friend of my Mother-in-Law even inquired if she could get one. She just liked the look of it. Even my atheist and agnostic friends complimented the design.

It honestly hadn’t even occurred to me until that very moment that anyone outside of my faith would be remotely interested in the symbol as a meaningful thing or as a piece of jewelry at all. I gladly responded in the affirmative. It’s not a Mormon symbol. It’s a symbol for all Christians. It’s a symbol for Christ.

The symbol of the Empty Tomb seems to strike just the right balance between clarity of meaning and subtlety. It’s that balance–that sweet spot–that makes the symbol effective and attractive. People want to express their faith, but most people don’t want to hit anyone over the head with it.

I hope it’s not crass to say this, but it’s nevertheless true: based on the responses I got through social media that day, the thought occurred to me that there might actually be a way to make money again. I don’t need to be a rich man (we all know what Christ had to say about the difficulties that attend that lifestyle), but I do need to make some money to feed and clothe my family. I couldn’t help but be preemptively grateful for the gift of the symbol and the enthusiasm of so many.

Of course, I had no idea how to make jewelry out of this thing, nor distribute it. I needed a partner.

Next: Partnering with Kennington Jewelers and making the first pendant.

Brock Heasley is a writer, filmmaker, and artist. A former Art Director, he is the writer of the memoir “The Other Side of Fear: A True Coming-of-Age Story of Murder, Forgiveness, and the Peace Only Faith Can Bring,” the illustrator of the YA novel "Paper Bag Mask,” the creator of the comic, "The SuperFogeys,” and the award-winning filmmaker behind the short film "The Shift.” Brock lives with his wife, three daughters, three dogs, and one cat in California. Brock didn't want a third dog, but his girls made a pretty killer Power Point presentation and he didn't want to look like a jerk. View all posts by Brock

7 thoughts on “The Empty Tomb: Putting the Symbol Out Into the World”