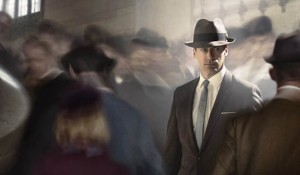 Mad Men is the best show on television. You can try arguing with this, but I have verifiable proof.

For those of you that don’t know, Mad Men is a(n excellent) show that takes place in the New York world of advertising during the 1960’s. It’s the 1960’s from the perspective of the suits–the people who resisted the great changes and cultural and moral upheavals the 60’s brought us. It’s a show about drinking, illicit sex, smoking, deception, abuse and smoking (yes, I wrote that twice).

And I’m Mormon. And I love it. What further proof do you need?

I was reading Matt Stoller Zeitz’s fantastic essay What Makes Mad Men Great? yesterday, and I was reflecting on how much the show has given me. Since Twitter is such a great place for thought vomit, I just put it out there: I learn A LOT about writing and plotting just by watching Mad Men.

Confession: I think I’ve learned more about writing from DVD commentaries and watching layered, unconventional shows and movies like Mad Men than I ever have from reading books. (I can’t imagine many writers will share this sentiment, but there it is. It’s probably why I write about movies and TV shows so much in this blog.)

Here’s the thing, you don’t get to just say something like that and leave it there. @smash_is_nerdy challenged me on Twitter and asked how I could have taken any writing and plotting lessons from a show like Mad Men. She didn’t see it.

The following is an edited and expanded version of my reply to her:

Mad Men is about character behavior. It excels in presenting its characters as inscrutable but still understandable. The show goes out of its way to provide legitimate possible explanations for behavior without defining motivations one way or the other. It allows us to imagine and let our perspective inform our judgments and conclusions about the lives of the characters without telling us we’re wrong.

Scenes are often juxtaposed with other scenes to create meaning and leaps are made in time from episode to episode to imply journey and resolution without actually showing either thing. Like any effective use of juxtaposition, what is learned goes beyond the text and, in this way, Mad Men always knows what you’re thinking. Audience participation is not only encouraged, it’s an essential component of the storytelling. To watch Mad Men passively is to see a completely different show than the one intended.

Any given episode will defy one or more of the show’s conventions and then reinforce that convention stridently, lending great weight to the shock of unfamiliar images or tones. The show is shifting sand, never quite the same from the week-to-week, no matter how familiar it may appear at first glance.

I could keep going. I’ll spare you instead and just give a brief example of how I’ve used one of the lessons in my own writing:

For me (and for many of my early readers), the highlight of my memoir is a chapter in the middle of the book that is, essentially, a very long, metaphysical, spiritual, and uncomfortable conversation between my Dad and me. It ends on what can only be described as a down note. The tension builds and builds for the entire chapter as the character revelations pile on top of each other, and then there’s no release. No catharsis. Mad Men has done whole episodes like this. Two people, in a room. Talking.

For the next chapter, I chose to go with a humorous story that seemingly has nothing to do with the earth-shaking conversation of the previous chapter. It’s a wild tonal shift that makes little sense until the very last line when its place in the narrative is finally revealed. Mad Men does this all time. The one-two punch of those chapters juxtaposed against each other is something early readers have told me they’re quite keen on. 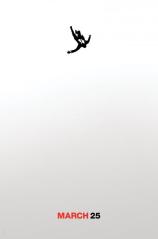 I like trying new things and seeing what I can grab from one medium to adapt into another. Have you ever received inspiration or stolen ideas from an unconventional source? I’d love to hear about it.

Mad Men Season 5 starts on March 25th on AMC. If you have Netflix, you can stream the first four seasons right now. Just don’t start smoking or I’ll feel bad.

I'm a writer, artist, filmmaker, father and recovering sarcasm addict. My debut YA novel, PAPER BAG MASK, is due out Fall 2018. View all posts by Brock